New video on self-protection measures for dwellings in forest environments

Within the framework of collaboration for wildfire prevention between the Pau Costa Foundation and the Aquae Foundation, through the Red Impulsores del Cambio (RIC) and with the support of Hidraqua, an audiovisual infographic has been produced to raise awareness among people who live or have residences in forest environments, on how they can contribute not only to the prevention of fires, but also to minimise their spread and the damage they can cause. This video, divided into 5 sections, explains fires in the forest-urban interface, the risks and responsibilities involved in living in a natural environment, how to know the degree of vulnerability of the home, measures to defend the residence against a forest fire, and how to act in the event of a fire, as well as providing guidelines to prevent ignitions.

“It is important to make efforts to sensitise, raise awareness and educate the population living in forest areas, so that they understand the need to prepare their property and how to act in the event of a wildfire. As a population we have the right to live in natural environments and enjoy leisure activities in forest areas, but this implies being aware of the risks of carrying out activities in these areas and the duty to be responsible for our own safety and that of others: we must be informed and prepared”, explains Jordi Vendrell, director of the Pau Costa Foundation.

The fires in Zamora, Navarre and Catalonia in mid-June warn of two factors that specialists keep pointing out: that there is no longer any seasonality, i.e. that the fire season will no longer be exclusive to the summer, and that the lack of forest management, together with the extreme conditions of temperature and lack of rainfall imposed by climate change, means that large-scale fires are expected, which will put the capacity of the emergency services to extinguish them to the limit.

In addition, “The growing urbanisation of forest areas, especially in the eastern Mediterranean, places us in front of fires that generate civil protection emergency situations for the population, their property, industries and infrastructures. Scenarios that involve mobilising fire-fighting resources and civil protection mechanisms to protect people and property,” Vendrell adds.

The explanatory video is part of the set of dissemination actions that Aquae and Pau Costa Foundation, with the support of Hidraqua, a leading company in the management of the integral water cycle in the Valencian Community, have planned to raise awareness in society of the need to invest in prevention, that is, in forest management, and in the need to learn to live with fire. Along these lines, educational workshops on fires in the Mediterranean will be organised in schools in the province of Alicante. 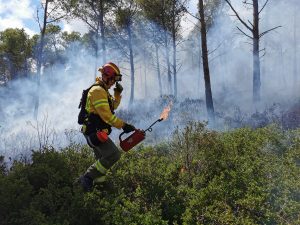 Training in management and use of technical fire

During October, the Foundation coordinated and participated in two courses onprescribed burning: From October 2nd to 7nd, we coordinated an international course 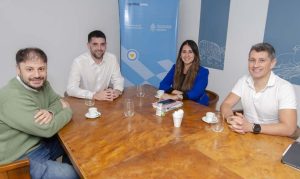 Strengthening links with Argentina and Chile

Given the new dimension that wildfires are taking, it is more necessary than ever to cooperate and exchange knowledge with other regions 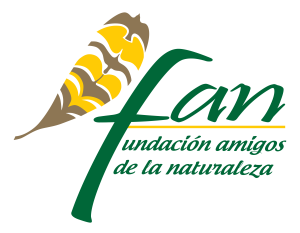 Collaboration agreement between FAN (Bolivia) and the PCF

On July 25, 2022, a framework collaboration agreement was signed between FAN, Fundación Amigos de la Naturaleza (Bolivia) and the Pau Costa